Stand up Comedy in Munich

Humor is a basic thing in life. It relaxes us and keeps us healthy, Stand Up Comedy is a great option to laugh for a while. In this style, the comedian interacts with the audience and gets an immediate response from the audience as well. 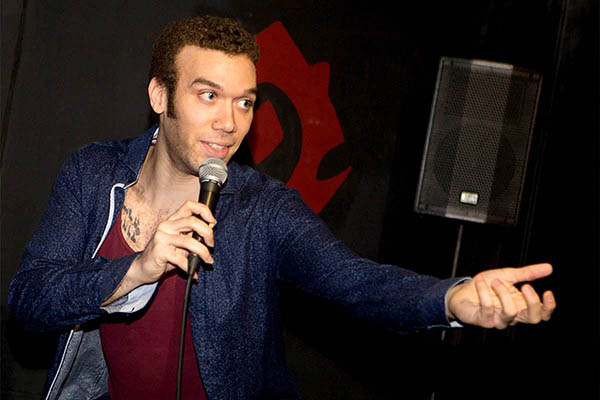 Reginald Bärris (USA) currently lives in Vienna and he has been one of the principal promoters of Stand Up Comedy in English, in Austria, and also in other Central European Countries. What has been easy? This can’t be answered easily, without taking into account some variables and challenges. First of all, it has to be said that “everything has a sound of truth in the show”.

Reginald tells us that he has had mainly two big challenges in his career, on the one side a challenge of constantly being creative, and on the other hand the challenge of making others laugh constantly, to tell funny stories with a vast and attractive vocabulary. His aim is that both the native English speaking audience, as well as audiences from different cultures can understand him. The second challenge is of an organizational type, since at the beginning, he had to convince people to stop resisting being his audience.

One of Reginald’s anecdotes was that once he considered to do all his shows in Jazz clubs, to complete the repertoire of shows. But it turned out to be a bit difficult, since the Jazz clubs weren’t open to add something else than Jazz to their programs. So, at the end I asked him: “Did you finally make a show in a Jazz club?” … and then, we both laughed.

(it is a not very polite word that describes someone who thinks he/she knows everything).

If we look back to the very origins of this style, we can look way back into ancient history. The history of Stand Up Comedy goes back to the Ancient Greece, where the word “comedy” has its origin, and was later “latinized” by the Roman culture. The word has passed several meanings during the centuries, and now it is related to provoking laughs.

Stand up Comedy in Europe:

Starting to make comedy in English is not so hard, since the ambiente of Vienna is not so overcrowded like New York City, for example. There is also no TV filter that concedes airing time according to certain profiles, if you are female, male, whatever, etc. But in Vienna, if you want to, you just get started. The interaction with the public is what matters most. And the answers are immediate, feedback is immediate. One can test the audiences acceptance automatically. 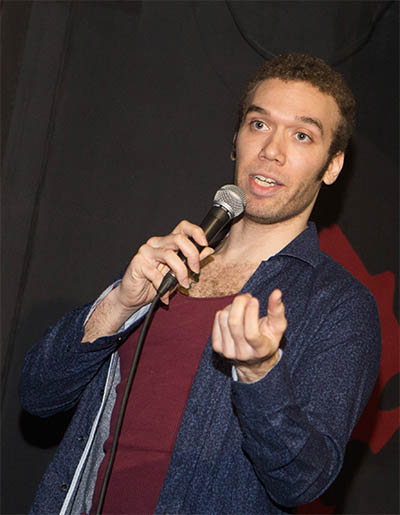 Reginald will be in Munich on April 11th, in the bar “Das Provisorum - Kunstbar und Lesesaal”, in Lindwurmstraße 37, touring through several cities in Germany, Austria, Chec Republic and Switzerland.

There is other Stand up Comedy show by Jack Holmes, also at Das Provisorium, Apr 23th here is the link for the tickets

Reginald, many thanks for the interview and we wish you a lot of success on your tour!