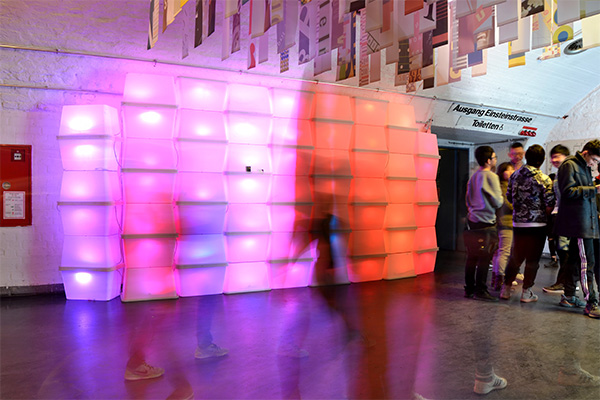 We had so much fun this weekend at the “Münchener Science & Fiction Festival”, from Friday 13th to Sunday 15th, brought fantastic creatures, extraterrestrial-art installations and fragrances, from outer space to Munich.

The festival opened its doors at the Einstein Centrum at 18:00 and the first show was an improvised play. The story was based on the audience proposals, who had a lot of fun being part of the play too.

The open smell Lab was so crazy! It was a nice exercise for our nose - taken to weird and strong aromas. Klara Ravat made work our sense of smell, she gave us tools and raw material to create our own aroma. It was quite interesting since we are more used to visual arts than to olfactive arts. 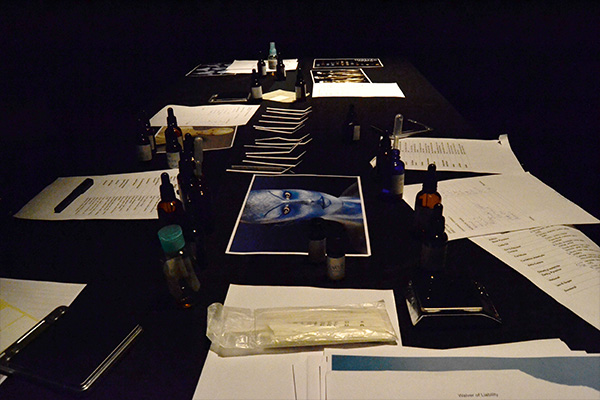 The art approach from Diego Montoya, Martin Burkhard and Martin Karg, was very interesting, since the viewer was not only a passive viewer of an installation but he was able to walk through the art piece and interact with it. You can see a photo of the Jaw installation, called Lights & Guts, of course there was also a sound effect. 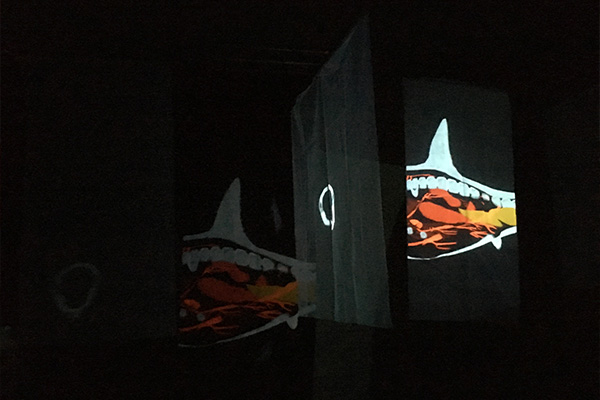 Daniel Kuhnlein made a giant led installation, it was able to interact with the visitant too, change colors and save some information about the visitant, it is of course taken care of the anonymity of the visitant.

Alexandra Lukaschewitz´s fantastic creatures sculptures were so carefully made and she took care of the minimum details: 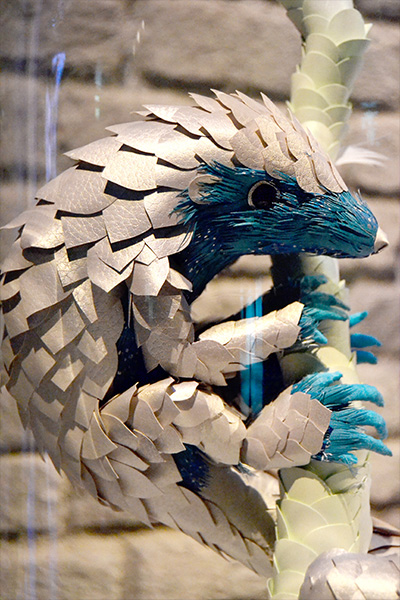 EX UNDA, from Alice Strunkmann Meister, is based on water waves as inspiration, it is about seven bowls that are moving and vibrating, creating different forms and being protected to the floor. She had a video where you can see it! Here is the link.

The Hebocon, the Robot battle, was the favorite event for kids, it was amazing to see how many kids were interested and participating at the battle with their robots. This year, the battle tool was color. “The Glitzernator“ made by Janosh and Maria, he was a winnowing glitter Robot. 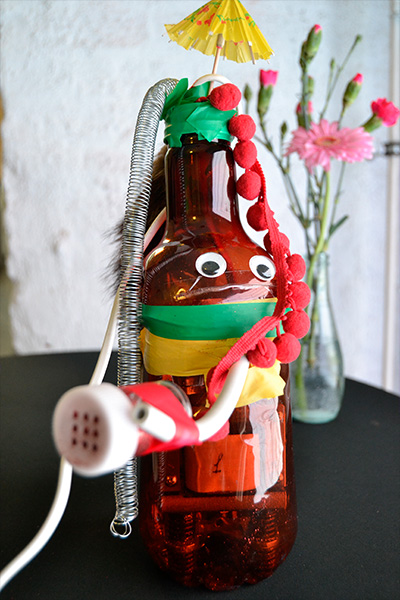 Those are just some examples about what we could see this weekend, we are looking forward to the next festival edition. Ronit and team: *TOI TOI TOI!!! it was amazing! (*Toi toi toi! is an expression used to express that you are celebrating the success of something.)

If you want to participate as an artist or as a volunteer for the orga team, stay tuned at the festivals Facebook site, participating at the organ team would be an interesting chance to meet interesting people and have fun. Write to Ronit, she is the organiser. Here is their website.

Stay tuned to find out cool events and cool people in town! Follow us on facebook Text and photos: Alicia Yay.